Over the past year, I’ve been reviewing the world through gold-rimmed glasses.  You know, the kind that rest on the back of your head and coat the world you’ve left behind in gilded shades of light to the point that all your youth might appear a continuous Christmas, filled with joy, beauty and adventure.  Over the past year and a half, I’ve been coping with this new  phase of my life and the responsibilities that accompany ‘adulthood,’ or whatever life at 34 is called.  The transition has not proven especially kind to me: anxiety, panic attacks, self-doubt, ephemeral goals, and an influx of nieces and nephews, who remind constantly that I am no longer a thirteen-year-old playing at ‘adulthood’ by babysitting his siblings, but simply an thirty-four year old trying to reconnect with his youthfulness.

Mostly, I’ve found myself idealizing the past: gazing at my college years and post-college interim at NIH with a fondness, which I never felt in the midst of it all.  I spent so many years begging, searching, fretting over finding myself a job, and now that I’ve found it, the sensation leaves much to be desired.  Thus, my mind idealizes those past moments, when the freedom to choose still lay before me, when life felt infinite and unexpected.

And do not mistake me.  I am not unhappy with my life’s choice, simply with the finality that a single choice brings to my life.  Teaching is a fulfilling vocation, but half the week I lay awake wondering if I am simply settling, resigning myself to a bi-weekly paycheck, a nightly stack of homework, and a daily ulcer.

About a year and a half ago, I had a pretty bad series of panic attacks, which kept me from sleeping for several consecutive nights.  I began to grow anxious as the night closed in, fearing another night of sleepless panic.  Eventually, my doctor prescribed some drugs to help me rest and control these attacks, but I’ve developed a bit of PTSD in regard to sleep.  Even a mild case of restless slumber can incite pangs of anxiety, as my mind recalls those hours of constant panic.

Even now, I’m not certain what started it all.  Idealizing the past?  Midlife depression?  Boredom?  My daily caffeine intake?  Salt intake?  Grading-freshmen-essays intake?

I don’t know.  I wish that I wouldn’t care either, but that’s not how my mind works.  A problem without a solution will not be suffered, regardless of destruction analysis leaves in its wake.

Ergo, I’m trying to distract myself with other puzzles: video games (i.e. Destiny, Why does the moon have gravity?), comic books (i.e. Batman, What exactly is shark repellant?), and blogging (Who are the six people that still visit every day?).  I promised myself to work out (i.e. run) for at least a half-hour a day.  And I’m moving quickly through my To-Read collection on Goodreads via audiobooks.

Moreover, I’ve promised myself to travel more.  This Thursday the fam and I will be flying down to Orlando and Epcot’s International Wine Festival.  I’m not entirely certain what remedies my ancestor’s would prescribe for malaise and depression, but I’m fairy certain alcohol and sunny beaches are involved.  So we’ll start there and see what sticks. 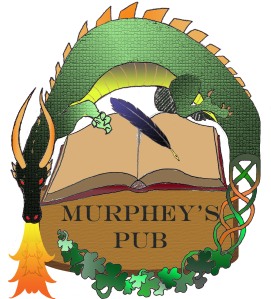